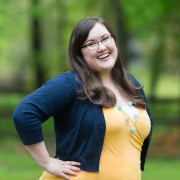 I went to my weekly therapy session this morning for another lively round of “what’s going on in my head?” As many of you know, I’ve been diagnosed with chronic depression, obsessive compulsive disorder, and an eating disorder since 2011. I also took a work sabbatical this summer in part to visit a lot of doctors and specialists about other ongoing issues. Basically, I’m not in the best physical, mental, or emotional shape.

The things that I wanted to talk about in therapy today included my dream in which Tina Fey and Amy Poehler had a serious conversation with me about how I need to move to Los Angeles.

As usual, however, once I sat down on her couch the issues I wanted to talk about scaled up. Soon we were discussing the state of entrepreneurship and whether humans and society have really evolved significantly since the Roman Empire (I mean, the answer is yes, but I was still able to wax poetic for awhile).

With about ten minutes left in our session, my therapist looked at me thoughtfully. “I think you need to be blogging about these thoughts. Every day.”

Those of you who have been following me since my departure from academia know that I’ve been hopping from business to business, experimenting with different ways to make a living. But a big reason that I keep changing direction is because each work “solution” fails to bring me closer to my #Millennial goal of effecting change in society.

While the more obvious advocacy ideas of passing meaningful legislation or getting involved with a world-changing nonprofit is appealing to me, I don’t think it’s the way I’m going to leave my mark. I know myself well enough now to realize that I need the space to cover a lot of ground with my work.

I’ve enjoyed the various ways I’ve made a living in my first decade of adulthood: science, academia, corporate, freelancing, entrepreneurship, and some combinations therein. They have all been experiments in making an impact in different ways, and you’ve had a front-row seat in the lab.

I should pause to add that I’m very privileged to have the time and opportunity to work the way that I do. Which means I feel an even deeper pull to do something worthwhile with this space I have available. I mentioned when I began my sabbatical a couple of months ago that I’m not currently pursuing any B2B opportunities and will be focusing on writing starting this fall, but I also have some side projects that you won’t hear about that I’m pursuing. There is still money to be made, but I want the bulk of my time to be more intentional.

I think we should be having more conversations about bigger picture ideas. And even some smaller but wider-reaching ideas. And I would like to share more of those thoughts here, with the hope that you are also interested in talking about them.

I don’t really know what this is going to look like. I’m already cringing at how self-indulgent this sounds. And, at the same time, I’m trying to “be the change” I want to see, which has involved not just personal and professional development over the last decade, but a real change in my thinking and behavior.

Let’s consider this an experiment in cognitive behavioral therapy on a global scale.